The Filhos de Bimba – Califonia Bay Area School of Capoeira welcomes capoeiristas of any style and especially new comers of any skill and fitness level to participate in our East Bay Capoeira classes held in Emeryville, California.  Capoeira Regional is Mestre Bimba’s modernization of the African rooted manifestation.  All classes are run by Professor Malandro, a student formed by Mestre Nenel and the FBEC. Malandro directs the FBEC’s California “núcleo” and shares his knowledge of the  art’s history, rituals, traditions, methodology and principals with Bay Area community.

Malandro began his Capoeira path in October 1997 at YMCA’s in Detroit and Livonia, Michigan. He joined Capoeira Mandinga Detroit under the guidance of Barret “Camarada” Leveret. In various monthly workshops he was introduced to Mestre Barrão, then Mestre Marcelo, and lastly Mestre Suassuna. It was Mestre Suassuna who gave Malandro his nickname. In the summer of 1999 he received his green cord at his first Capoeira event in Berkeley, CA. In the year 2000 he moved to California to train extensively with Mestre Marcelo.  Since that time, he has been exposed to different schools of Capoeira including Angola, Regional, as well as the Mandinga group’s Cordão de Ouro lineage. From 2005 -2006 Malandro lived and trained intensively in Brazil.  In August of 2006 in Ubatuba, Brazil, Malandro was the youngest member in the Mandinga group to receive the rank of Contra Mestre.

It was in January of 2006 that he visited Mestre Nenel’s academy, Fundação Mestre Bimba, and was able to witness Capoeira Regional in it’s purest form for the first time. The soulful energy of true Capoeira Regional was unlike anything he had experienced.  He also felt a lot of confusion.  The capoeira that he was witnessing was not the same capoeira that he had been led to believe was Regional.  The popular consensus was that Capoeira Regional was fast, played upright, violent with a lot of flips.  However, this was not the case. He saw games played to rhythms of varying paces along with a balance of going up and down in the same game. There were takedowns given, not in a malicious fashion, but with skill and cunning with both capoeiristas having a great time with huge smiles on their faces.  That experience stuck with Malandro as he continued to travel and train with other groups.

Years later Malandro reached a point in his life where he felt an overwhelming desire to research the roots of his own ancestry. This journey of self-exploration seeped into his Capoeira. In the summer of 2009 and January of 2010 Malandro found himself back in Bahia, the place with the highest concentration of African descendants in the Americas.  This time his focus was to solely research the two founding styles that have influenced all contemporary capoeira: Capoeira Angola and Capoeira Regional.  As he continued his training and research he realized that Angola and Regional had more in common with each other than with  Capoeira Contemporânea.  In September 2011 Malandro brought Mestre Nenel to the California Bay Area, to teach a much needed course in Capoeira Regional.  Over a 2 week period Malandro got to know Mestre Nenel not only as a teacher but as a person.  The workshops was very successful and had a positive impact on all the participants, especialy Malandro.  Later  in November of that same year Malandro organized a similar event with Mestre Jogo de Dentro, a famous Capoeira Angola Mestre that was also successful.  Malandro felt his Capoeira journey was leading him down a very unique path. One that he needed to walk alone, so in January of 2012 Malandro parted ways with Capoeira Mandinga and stared his own group: Mandinga de Escravos or “Witchcraft of the Slaves”.

The focus of this new group was to research, respect and practice the rituals and traditions of Capoeira Regional and Angola while still being connected to Capoeira Contemporânea.  This idea was supported by the capoeira community as well as Mestre Nenel.  Not once did he ever feel pressured or judged to officially become apart of Filhos de Bimba and desire to train with and research other groups was respected.

In May 2012, Malandro suffered a serious injury the day before Mestre Nenel was scheduled to teach his annual workshop for Malandro’s group in the California Bay Area. Since Malandro wasn’t able to train, this was and opportunity for him and Mestre Nenel’s to connect, not as the son of Mestre Bimba and a student, but as two regular human beings.  It was then that Malandro realized that he and Mestre Nenel had a similar vision for capoeira. For them, capoeira is not a practice but a passionate purpose in life.  After another great workshop with Mestre Nenel, Malandro started to contemplate the next step for his path. Malandro felt that what was more important than joining a capoeira school was that he could help Mestre Nenel with continuing his father’s work.  So in September of that same year Malandro chose to dedicate himself purely to the preservation and education of Capoeira Regional.  On March 30th of 2013, Mestre Nenel came to California and officially inaugurated the Bay Area school of Filhos de Bimba.  Malandro and his students were greeted with open arms and huge smiles an undeniable feeling of family.  The capoeira community has also been overwhelmingly supportive. Even though Malandro’s journey is not over and that there’s a long road ahead, he knows for certain that he is on the right path.

On August 24, 2013  at Iê, Filhos de Bimba’s international encounter, Malandro became formado after participated the Formatura ceremony. He became the first African-American to be recognized as an official teacher of the Filhos de Bimba School.

August 20, 2016 Professor Malandro became the first American to complete the 1st Specialization Course and receive the red scarf. The Curso de Especialização is a self-defense course where the participants undergoe specific personal defense trainings. The course is finalized in the forrest with the student being ambushed by multiple attackers. This is called the Emboscada. The EMBOSCADA, depicts the time when enslaved Africans fled into the forrest and fought with the bush captains who were trying to reclaim their “property”. 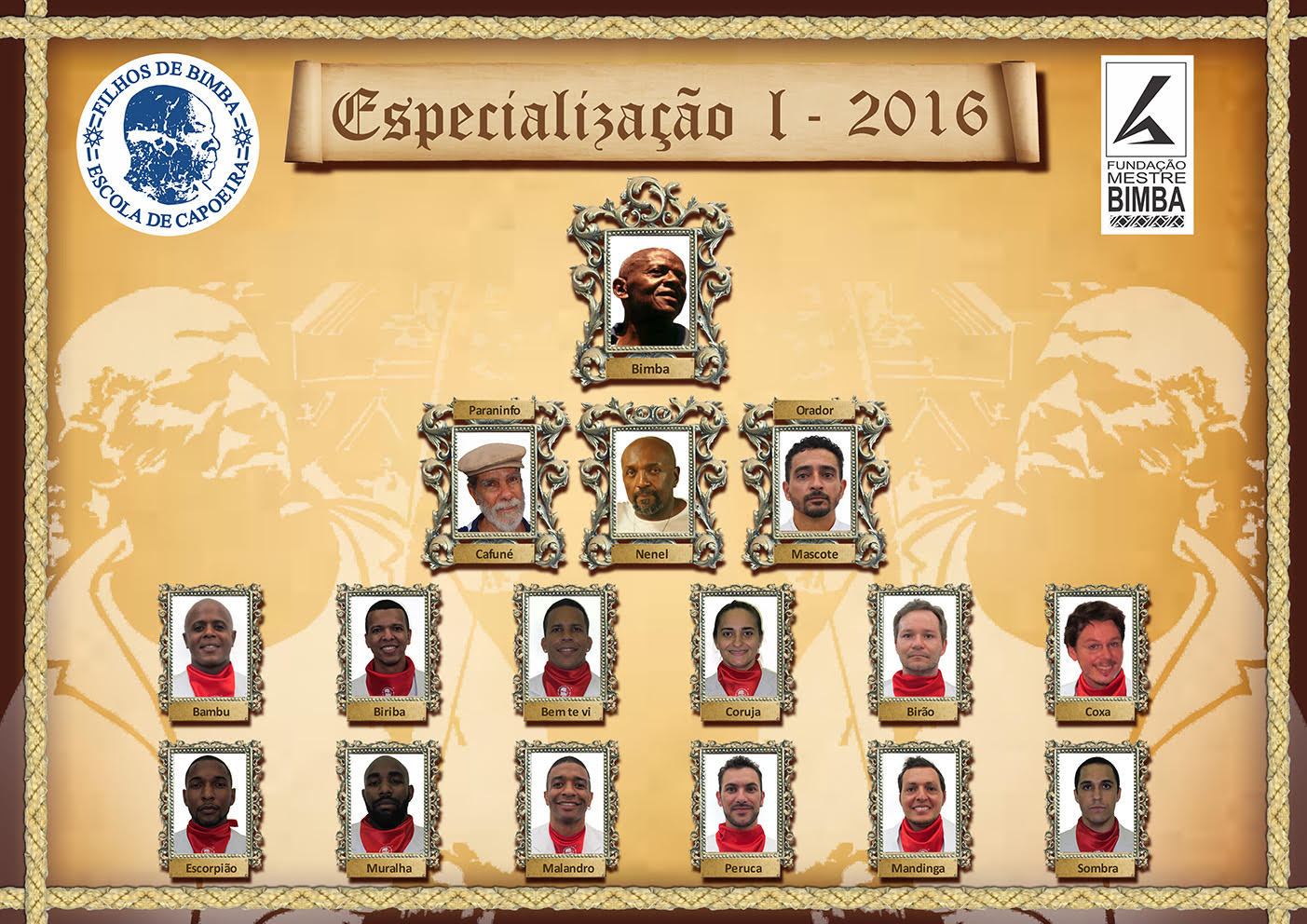 Malandro has taught classes for many capoeira schools throughout the U.S. as well as various groups in China, Japan, Israel, Mexico, Brazil, Switzerland and Germany. He has even taught at Mestre Suassuna’s academy in São Paulo and for Mestre Nenel in Salvador, Bahia. With well over 20 years of experience, Malandro teaches Capoeira to youth in various schools throughout the California Bay Area such as Berkeley, Oakland and Emeryville. Malandro’s passion for capoeira, along with his ability to teach youth from any social background, results in capoeira being used as a very effective tool for education, personal growth, growth of the community and the world. 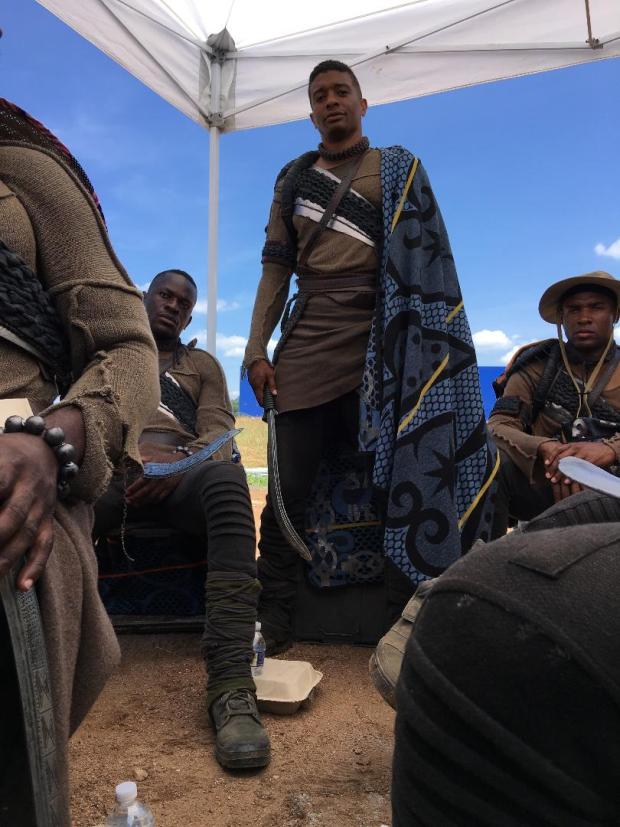 Most recently Malandro secured a role in two Marvel studio blockbuster films; Black Panther, as a member of the border tribe and Avengers: Infinity war! He hopes to continue to expand into film to teach others about capoeira. 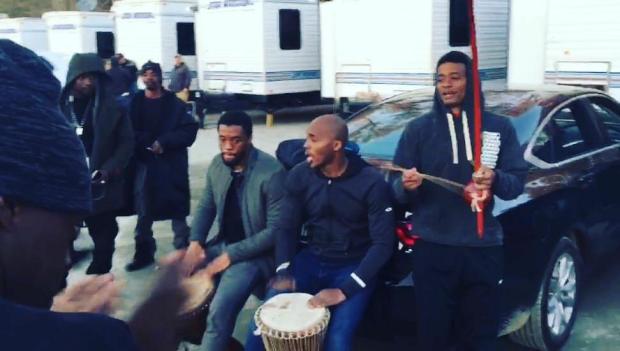